You can only participate in the event if you are not a member of a team. Even if you created an empty team without players, you still need to leave it to access the mode.
There are special items scattered across the map (Radio, Reagents, Sample). Collect them and head to the evacuation zone (helipad). Evacuate from the map to win!
Abilities and heals are not being recharged in this mode. Collect them on the map.

If you die, you become a mimic. If a mimic kills a hero, they take control of the hero (with all their abilities, ammo, and collected special objects). Only heroes can evacuate.

In Mimicry Mode, all heroes are automatically maxed out.

Mimics cannot harm each other, but heroes can hurt each other. So it is possible to turn into a mimic if you die in any way - killed by another hero, mimic, your own grenade, green zone.

The kill will be added to the stats only if you kill a hero while being a hero yourself. Mimics don't get kills in statistics.
Once the battle starts, green dangerous zones start to slowly expand in different spots of the map. Dangerous zone damages the hero but boosts the mimic. The longer you are in the green zone, the more damage you get. Remember, you have 4.5 minutes to do the job until the zone spreads all over the map!

The mode will not end until the hero or heroes collect all objects and fly off the map using the helipad. The number of special objects (and evacuees) is limited. Mimics can't fly away! 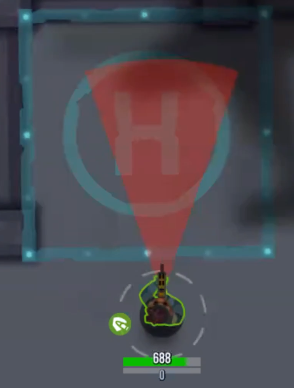 I became a mimic. What now?

Start mimicry! Look for heroes and stop them from collecting objects, eliminating them one by one.

Kill a hero while being a mimic and become the hero you killed. As a result, you will have the same ammo and upgrades as the hero had before dying.

If several mimics attack one hero, and you are the first to eliminate the hero, an explosion will kill other mimics around.

Mimics have the Phantom ability that allows them to approach shooting heroes without taking damage. The can also collect items on the map to restore hp. 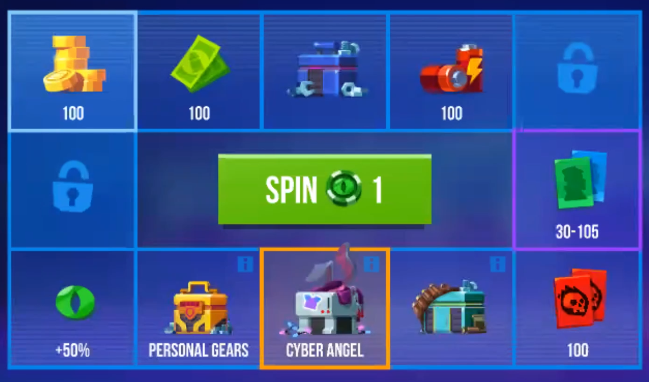 For evacuation, you earn Mimicoins and Eyes.

The eyes are used as points for the leaderboard, and the mimicoins are the currency that can be used to spin the roulette.

You can't lose in this Roulette - every spin brings you something. With every collected cell, your chances to get the rest increase. The locked cells contain a surprise.
Roulette automatically refreshes by a timer, but you can choose to refresh at any time. 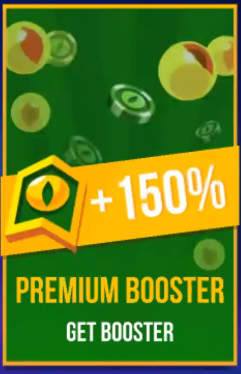 There are two boosters in the event - paid and free. You can get the free booster in the roulette. Paid booster is available in the Store.

If you buy a paid booster and get a free one on roulette, then you will have two boosters active, and the effect will be 200%.

It is important to note that a paid booster is issued for the duration of the event, and a free one - for a certain number of fights in the event. So if you have two active boosters, paid and free, once you play out all the fights available for the free booster, your boost will be lowered to paid booster's 150%.

You can also obtain two free boosters, and they will be combined - the number of battles will increase, but the percentage will stay at 50%.

When the event is not active, boosters are removed from the roulette and shop.