Raise the Jolly Roger! The pirate season is waiting for you! 🏴‍☠️

Enter the two new season maps – Mysterious Island and Boarding, as well as new skins for Sparkle, Dragoon and Ghost. You will have at least six weeks to expand your trendy skins collection – that's how long the season will be active in the game.

We won’t stop at the pirate season, of course; we aim to surprise you with a new exciting theme for every next season.

Star Pass will be launched as part of each season.

It is a set of rewards, access to which opens gradually with the Episodes of the season.

To consistently advance from Episode to Episode and receive rewards, you need to collect Stars by fighting in battles. Stars can also be found in chests as a reward for any in-game activity.

Each Episode consists of Tiers.

Each reward is an achieved Tier. Episodes have opening timers, and if you have reached the last Tier of an Episode and collected all the awards, simply continue gaining Stars: they will be automatically applied to the Tiers of the next Episode once it opens!

In the Tiers, you will see some locked rewards. These are unique rewards, and you need a Premium Episode Pass to get them.

Unique rewards will automatically become available to those with a Premium Episode Pass, with additional Episode bonuses! Each Special Pass is unique for its Episode and gives at least:

Suppose you decide to get a Premium Episode Pass after a few completed Tiers. In that case, all the unique Episode rewards that were previously locked will be opened for collection immediately after receiving the Pass.

Also, you don’t need to worry about the uncollected awards: as soon as the new season starts, the game will offer to collect all the reached previous season rewards that you have for some reason failed to collect earlier.

To allow all to have some pirate fun this season, we have added as many themed rewards to the Star Pass as possible. They are:

Fair winds and best loot to you, fighters! 🐙 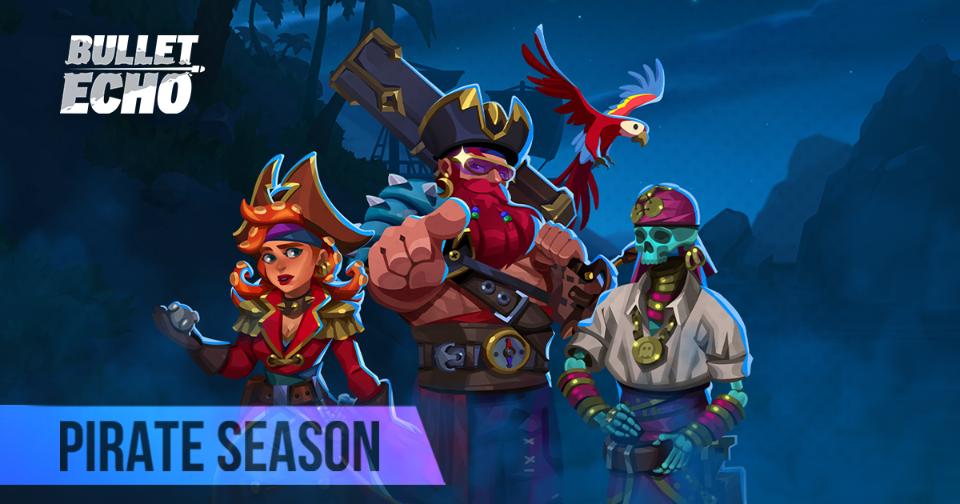