What is the Guild?
A guild is a community of players who join forces to take part in guild battles, help each other recover stolen gems, test dungeons, and chat.

You can create your own guild or join an existing one after winning the Wooden League.

If you have not yet joined a guild, then when you open the "My Guild" tab, you will see a window with recommended guilds for joining. You will also have access to a tab for finding a guild by name and a tab for the best guilds in the world or your region.

Scrolling down a bit in the "My Guild" tab, you will find the "Facebook Friends Guild Join" Tab and the menu for creating your own guild.


How to create a guild
It costs 200,000 gold to create your own guild. In addition, you will also need to come up with a unique name for your guild and select its icon. Please note that you cannot change the name and icon of the guild after its creation. You can also set the desired language for communication in the guild and the minimum rating requirements for joining.

Immediately after creating a guild, you become its first member, and therefore a leader.

The leader can appoint officers, kick out members, select and change the guild language, and set or change the minimum rating as a requirement for joining the guild.


Guild Battles and Arena
A newly created guild cannot participate in the Guild Clash and the Arena for some time. One round of a guild battle lasts three days. The guild will automatically receive an opponent and start a guild battle at the beginning of a new round. One Arena season consists of 10 guild battles and lasts 30 days. A new guild will automatically enter the Arena after the current season ends and a new one begins. 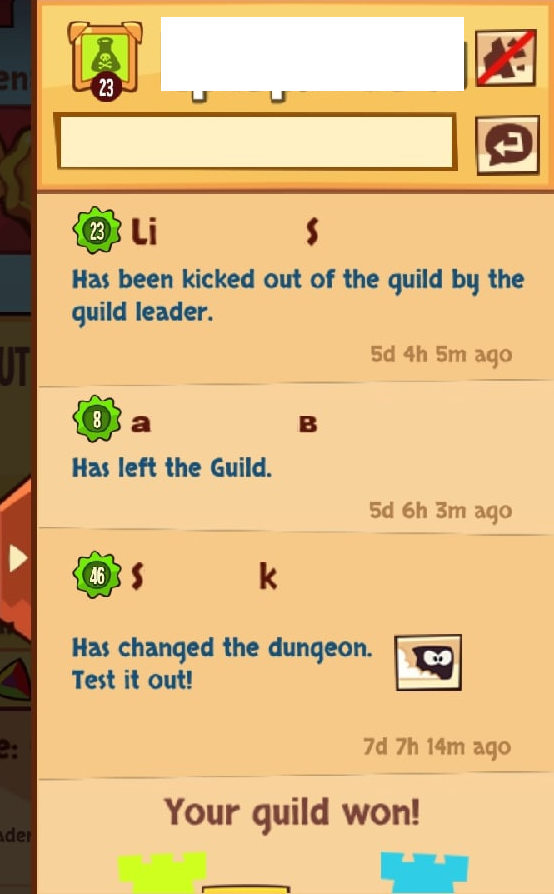 Guild Throne
The Guild Throne is one of the best thrones in the game. It is granted to all guild members with the Recruit, Veteran, or Elder rank if the guild has taken the corresponding place in the Crown Arena.


The Guild Throne is granted for the whole next Arena season. In this case, the throne will remain with the member of the winning guild, even if he decides to leave it. Its characteristics surpass the maximum upgraded Prophet's Throne but are slightly inferior to the King of Kings Throne.

How to level up the guild
Players can level up their guild by clicking on the "Level Up" button in the "My Guild" tab.

By upgrading their Guild and raising its level, all guild members receive significant bonuses to the rating of the stolen, retrieved, fused, and obtained in mines gems.

By tapping the "Level up" button, you will get to the guild leveling screen. 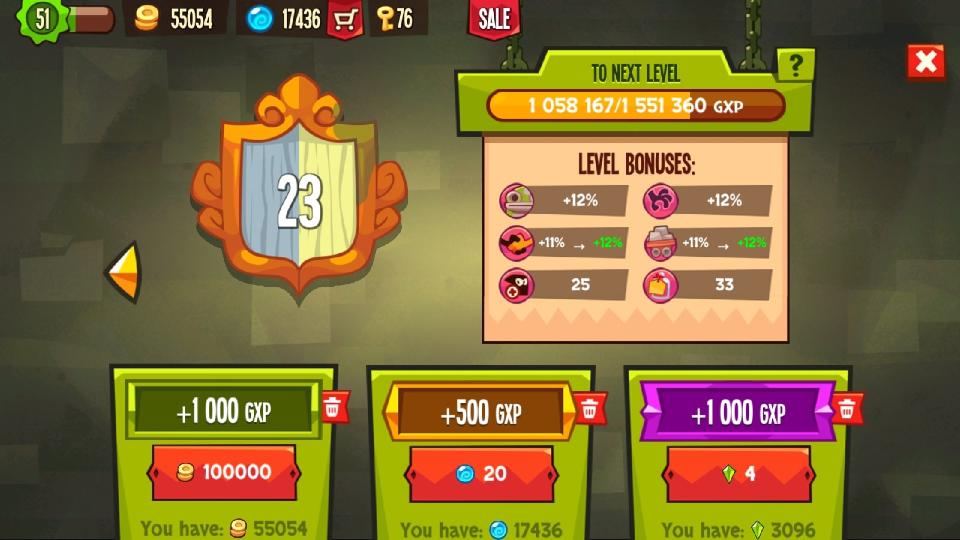 In addition, you can see what bonuses you'll get when the guild gets a new level.

When a player enters the donations screen, he has the ability to level up only for gold coins. The rest of the functions are unlocked as the player spends gold.
In the "My Guild" tab, you can also see the number of GXP donated by you and other members of the guild. 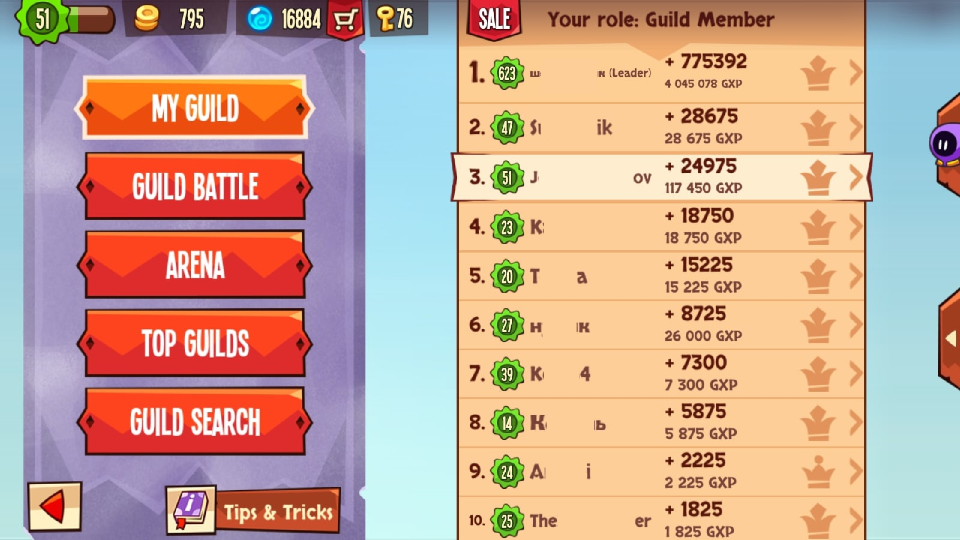 If a player leaves a guild and then returns, the GXP is discarded and cannot be returned. All donated resources can't be compensated. But the guild does not lose any GXP.

The maximum guild level is 45. The level affects not only the number of bonuses that all guild members receive but also the maximum number of players in the guild.
IMPORTANT: The last 5 levels of the guild are bonus ones and must be constantly maintained. In other words, if the guild members do not donate enough GXP to maintain the level, then the level will be reduced to the previous one, but not lower than 40.
The level of the guild, its current bonuses, and the amount of GXP can also be found in the “My Guild” tab. 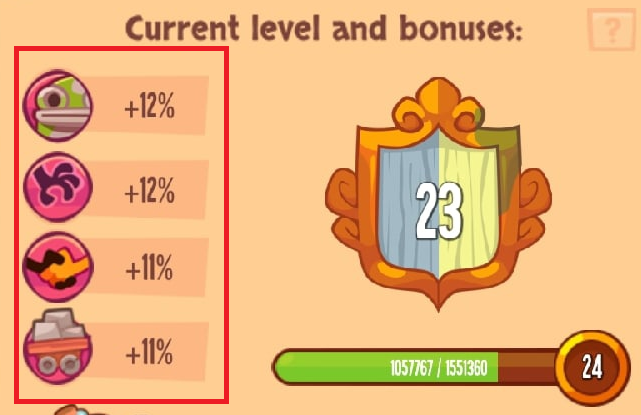