Guild Craziness is a guild event during which you and other members of your guild can complete various missions in order to receive as many rewards as possible.
Since this is a guild event, in order to take part in it, you will first need to join a guild. If you are already in a guild, then after you tap the corresponding button, you will immediately be taken to the event. To enter the event, you don't need to spend any resources - it's free. 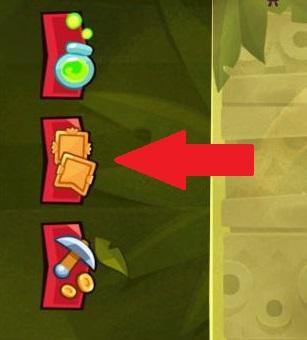 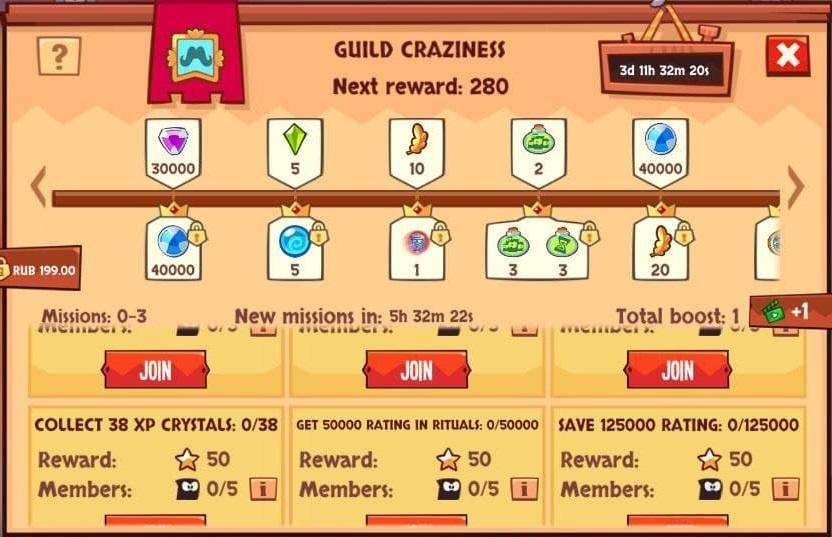 A total of 12 missions are available to complete. Once a day, missions will change to other random missions. If you have not completed a mission in 24 hours, then it will reset and start over. If you have completed all 12 missions, then you will need to wait for new ones to appear.

You can simultaneously join 3 missions from the list. In addition, since this is a guild event, each mission has a limit on how many players can join it (from 2 to 5 guild members). The exact player limit can be seen in the "Members" field in the mission information. To see who else from your guild has joined the mission, you need to press the i button next to the "Members" field.
The completion of the mission is counted only if you joined it in advance. If, for example, you have collected 200 skulls, and only then joined the "Collect 200 Skulls" mission, you will have to complete this mission again.
You can leave a mission that you have already joined for 10 orbs. If you have already had some progress by this point, then your guild will still have it even after you leave the mission.
For completing missions, you receive stars that fill the progress bar of the event. The exact number of stars that you will receive for completing a particular mission can be seen in the "Reward" field.

To speed up the filling of the progress bar, you can use a boost. The first boost is available for viewing ads, all the next ones are available for orbs.

As you can see, the progress bar has rewards on both sides: top and bottom. The rewards located at the top are guild rewards. They are received by all players who were in the guild at the time of reaching a particular mark with a reward on the progress bar. New players who join the guild after reaching a certain reward do not receive it and all previously reached ones. However, they will be able to receive all the next ones.
Please note that if you have already received some rewards in one guild, and then joined another guild, then you will not receive the same rewards again.
The rewards located at the bottom of the progress bar are your personal rewards. By default, they are not available for obtaining and you can open access to them by purchasing a battle pass. After that, upon reaching certain marks on the progress bar, you can receive both guild and personal rewards.
Please note that the pass is only active for one launch of the event. You will need to buy it again for the next events.
Unlike guild rewards, if you change a guild and join the one where higher reward levels are achieved, then you will be able to collect all the personal rewards that were achieved by the guild, even if they were achieved before you joined it.