Each guild has Retrieve Logs. The Retrieve Logs are located in the tab at the bottom of the screen on the main menu, with two shaking hands on it. This log contains absolutely all gems that guildmates and friends (if Facebook is connected) could not retrieve on their own. If a player loses a gem and cannot retrieve it, then his gem will also be included in this list. 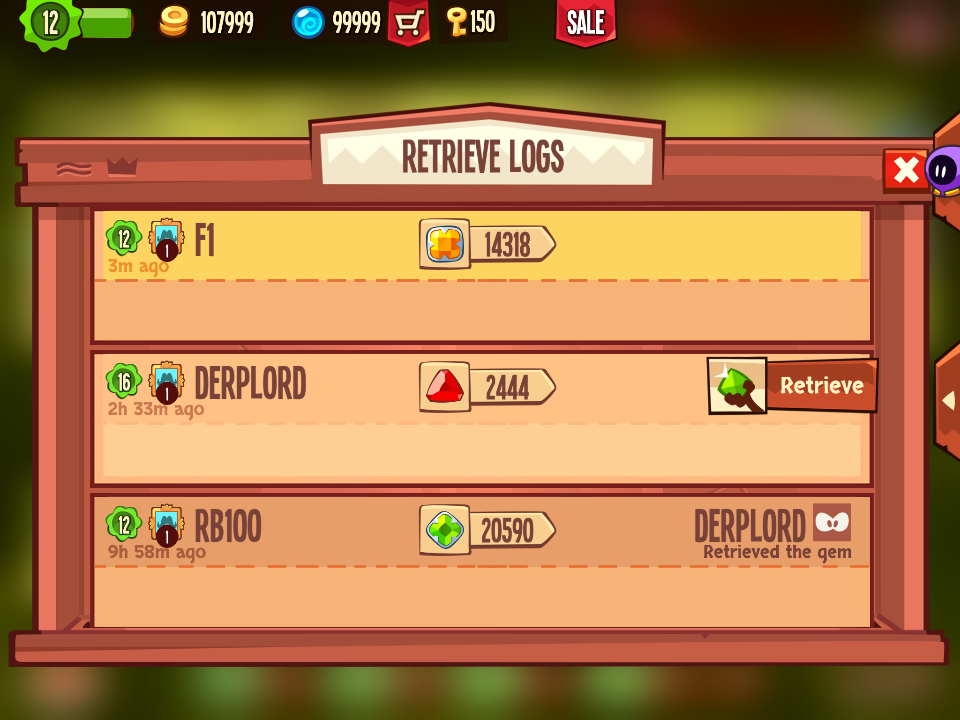 What information is in the Retrieve Logs:
1. Above is the nickname of the player who was unable to retrieve the gem and the value of said gem.

2. Below are the players who tried to return the gem, but for some reason could not.
This includes:
Players who left the dungeon without completing it (also due to disconnect);
Players who went to the end of the dungeon, but failed to get the gem.

3. If the player retrieved the gem, their nickname will be displayed to the right of the particular gem.

4. If the player has not yet tried to retrieve a specific gem, then there will be a corresponding "Retrieve" button.

5. If a gem was stolen from you and you could not retrieve it, then this gem goes to the same Retrieve Log. Other players from the guild can try to retrieve, but it is not guaranteed.

Retrieve Log entries where the gem were stolen from you are highlighted in yellow to make them easier to find in the list.
If the player gets the gem back, then they get the corresponding pop-up about it: 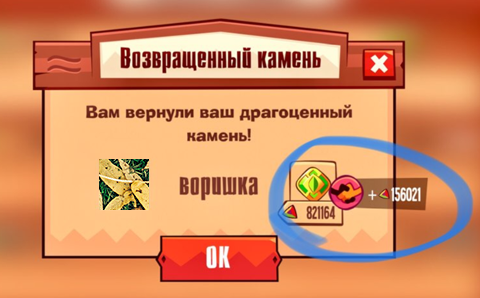 In this case, the player lost a gem with a value of 665 143, and their friend retrieved this gem for them. The Retrieved Gem Bonus added 156,021 ratings to the existing rating. As a result, the player who lost the gem received the lost gem back, and the rating of that gem was increased to 821,164.
Retrieved Gem Bonus is determined by the level of the guild of a player, who has actually retrieved that gem. If you are in a level 10 Guild, and your gem is returned by your Facebok friend, who is in a level 40 Guild, then the bonus would be as from level 40.
Retrieved Gem Bonus also gets added to your Delta.