A league - is a place in which players compete for the number of personal ratings that they score.

At the end of each round, the highest ranked players are moved to the next League. The number of places in the top depends on the League itself. For example, it may have three placed or five.
Players who could not take the winning places, either move to the previous league or remain in the same league. It is impossible to fall below the Wooden League and the League of Spherus.
To get to the League screen, you need to click on the cup icon on the screen:

At the top, the current delta (rating) of the player in this League is always shown. At the bottom - the total amount of rating earned by the player for the entire time of the game.
The game has the following leagues:
The current League of the player will always be marked in yellow in the background behind the cup.

With a blue background

–- other Leagues that the player has already completed or is about to complete.
Each round of the League lasts 72 hours of real time. The data in the League itself is updated every few minutes.

How do I get a League rating or what is a league delta?
All players start with a zero rating. 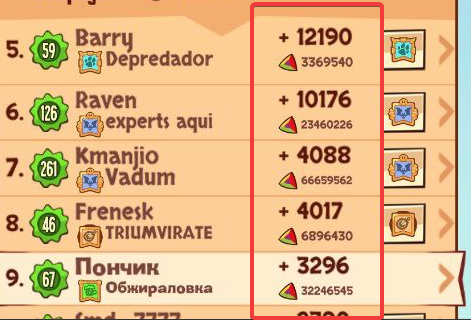 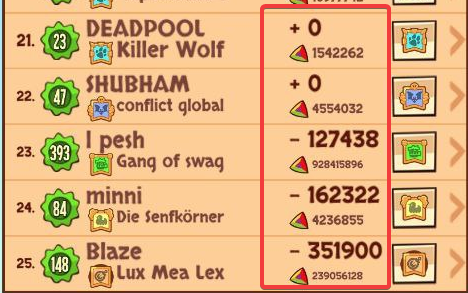 The current delta of the player's league is displayed in the red border. It can be either positive or negative.
The rules for the League delta are different than for the guild delta. You can find out about the guild delta here: https://zepto.helpshift.com/a/king-of-thieves/?l=en&s=guilds-guild-battles&f=guild-battle&p=all
Only the difference between the sold and received Gem goes to the League delta, including the bonus for returning the gem if it was stolen.