Who are guild newcomers? 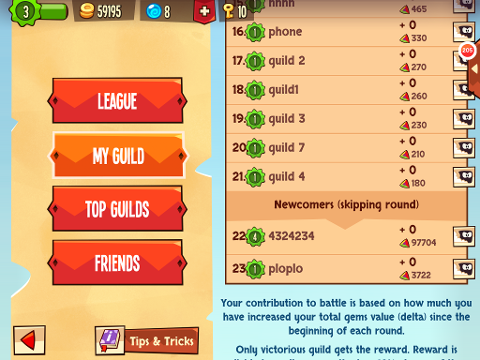 Guild newcomers aren't able to instantly join the guild battle. They have to wait until the start of the new round. These new players are separated from other guildmates in a special section of the leaderboard. The activity of every newcomer is recorded in the Multiplicator.


Despite the fact that newcomers miss their first battle, they receive guild upgrade bonuses and are counted as members of the guild (meaning your guild cannot have more than 25 members, including newcomers).